I’m blogging now at a new website. Please join me as I share thoughts and news about feeding your family and my new cookbooks Real Baby Food: Easy, All-Natural Meals for Your Baby and Toddler and Smoothie-licious: Power-Packed Smoothies and Juices the Whole Family Will Love. 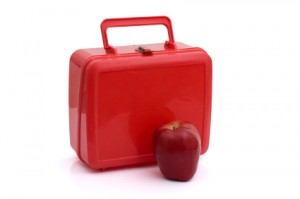 It’s back to school this week in NYC and my little Rosa’s first day of kindergarten on Thursday. She’s (moderately) excited to head back to school. Last year’s pre-K was essentially full-time, so she’s used to the schedule. One change this year: she’s asked us to pack her lunch every day.

I admit it, last year I took the easy way out. I packed her lunch the year prior to pre-K when she was at Montessori school and there was no other option. Last year, I gladly took the school up on their free lunch offer with nary a twinge of guilt.

Frankly, though, it came back to bite me.

END_OF_DOCUMENT_TOKEN_TO_BE_REPLACED

Still looking for a last minute holiday gift? Check out my friend Audrey’s brand-new blog: Edible Internet. She tracks down the best food finds online, and her first post focuses on holiday gift ideas. I am coveting the digital recipe reader from Neiman Marcus, and all of the Jacques Torres goodies look pretty darn appealing too.

Thanks to The Food Section I ran across this interesting Eater.com interview with Nigella Lawson, the buxom British cookbook writer and television host. I’ve been a fan of Nigella since I first bought How to Be a Domestic Goddess many years ago. I think she’s a terrific writer – her voice is so clear and distinctive. I can hear her talking as I read her words. Like her, I am a big proponent of getting people into the kitchen, and I’m also of the loosey-goosey, tailor-it-to-your-tastes school of cooking.

This was a somewhat serious interview about food, cooking, and class, and while I didn’t agree with everything Nigella said, I did find it thought-provoking. A few of the most interesting bits:

“There is something disenfranchising in making people feel they need a qualification or a great level of expertise before they are allowed in the kitchen.”

“In the Victorian age the peasants just ate local and in season and the aristocracy spent fortunes building greenhouses and growing pineapples. It was a class issue. It was about the elite. Now suddenly because of supermarkets and air travel, the masses — if you want to talk in class terms — can get out of season produce. So what do the elite do? They say If it is not seasonal, if it is not local, it isn’t good.”

“For me cooking is an act of independence. I don’t feel entirely comfortable handing over the means of sustenance and survival to someone else. It’s empowering.”